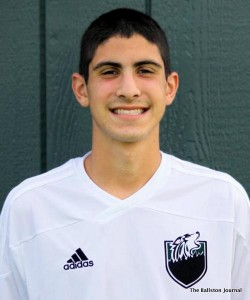 Samuel Speziale, of Malta, is a member of the championship team.

In the final, Samuel “JJ” Naiwo, the tournament MVP, scored the lone goal on an assist by Sam Kersh. Joe Boulter, Thomas Debenham and Robert Sprague were named to the All-Tournament Team.

Founded as a printed newspaper in 1798 the weekly Ballston Journal is now an online-only enterprise.

Over the next months we will be publishing online our previously published articles as they are digitized along with new, online-only reviews and guides intended to expand our readership.